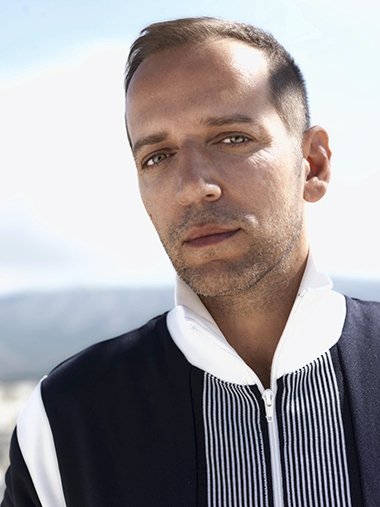 He studied graphic design at Vakalo art & design school in Athens and then moved to New York, where he studied history of fashion and fashion photography at Parsons school of design.

He lived in NY for seven years working as a fashion editor for Van magazine and as a contributing fashion stylist for renowned publications such as Vogue, Harpers Bazaar, L’Officiel, Jalouse, Amica, Surface, Sunday Telegraph among other titles.

After his return to Greece he worked as a fashion stylist for widely known Greek publications while undertook various projects as a fashion photographer.

He is currently a fashion editor for Identity Media and The Code magazine, window stylist for Attica DPS, the largest department stores in Greece, and image consultant for Estée Lauder Greece.

He has also been nominated for an award in Costume design for the cult movie “The attack of the giant Moussaka” which was released worldwide, and has also styled the coffee table book “Children of the light” by photographer Calliope, published by Skira.